The all-new BMW X7 is back into the spotlights, the model being recently caught while undergoing road test in full camouflage.

Set to arrive in 2018 as a 2019 MY, the Fresh X7 will be the company`s largest X model, and will tackle the likes of Bentley Bentayga, Mercedes-Benz GLS or the new Range Rover from Land Rover company.

As we can depict from the spy photos released below, the new 2019 BMW X7 is going to be bulk and extremely aggressive in design, coming with lots of styling improvements that will separate it from the rest of X range.

This means that the new X7 will arrive with massive double kidney grilles, adding huge rear doors and other elements that will differentiate it from the new comer X5.

As expected and following other high-end models from BMW, the 2019 BMW X7 will also stand on the company`s new CLAR platform, which sets the standard when using the latest lightweight materials. This will allow for wide space inside and an impressive engine lineup under the hood.

Inside, the cabin will feature the same-high-end feel highlighted by high-quality materials. However, the cabin`s main feature will be the semi-autonomous technology, also found on the all-new 2017 BMW 5-Series or last year`s BMW 7-Series.

The CLAR platform and long wheelbase will allow customers to choose between different seat-configuration: the model is set to come with a four-seat, five-seat and seven-seat configuration, depending on the customer`s own tastes.

As for the engine lineup, the all-new 2019 BMW X7 SUV will share the 5-Series` lineup of petrol burners and diesels with six- and eight-cylinder configuration. Just like its smaller brothers, the X7 will also come in the shape of a plug-in hybrid version, shortly followed by a much more potent X7 M, which will directly compete against the Mercedes-AMG GLS 63. 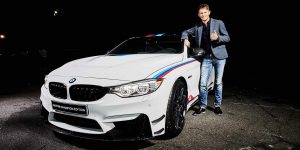 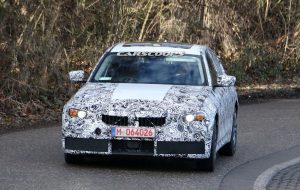