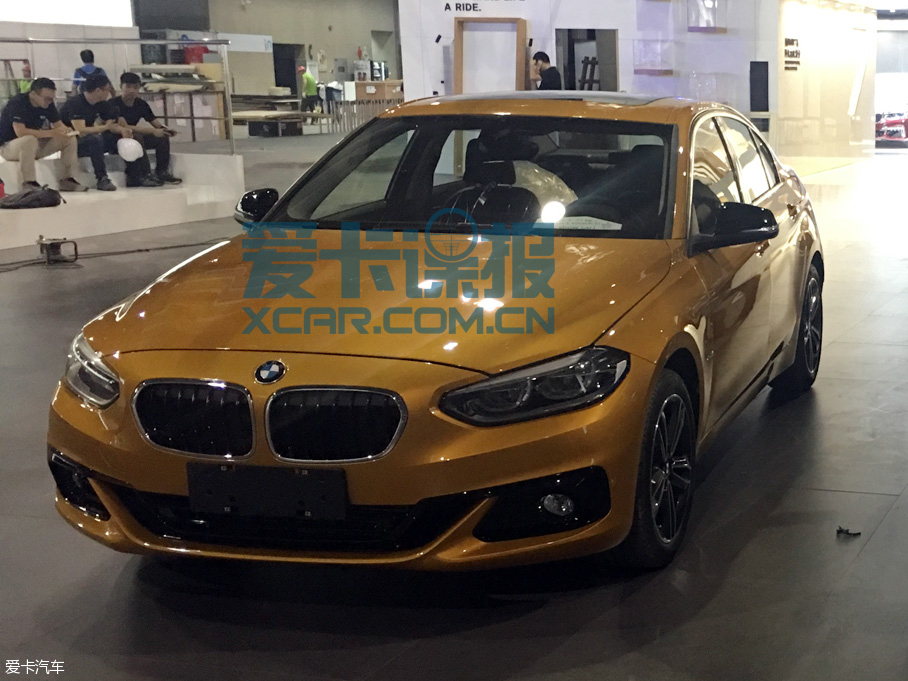 A couple of weeks ago we showed you the first leaked images with the interior of the China-only BMW 1-Series which is due for an official presentation at the 2016 Guangzhou Auto Show. Now, thanks to Chinese Xcar webiste, we have new photos with the model, which is showcased out in white and blue.

The details with the model are rather limited, but overall, the Chinese 1-Series Sedan will mainly borrow the styling design and the interior bits from its European sibling.

However, there are some clues that make it distinguish from the rest of the models, like revised headlights and taillights, rather new wheels and slightly reworked rear end.

Inside the cabin, as previous leaked images shown, the interior seems to come with a new ambient lighting system, highlighted by the bright orange under the door handles and above the glove box, with different door styling as opposed to those found on the hatch.

In the engine department, the BMW 1-Series Sedan will come with three mills, each one fitting underneath the available versions. The 118i variant will feature a 1.5-liter three-cylinder gasoline engine with 136 horsepower, the 120i will add the 2.0-liter gasoline four-cylinder with 192 horsepower, while the 125i will come with a 2.0-liter mill and 231 horspower.

Full details pricing will be known at the beginning of 2017, prior to the car`s debut on the Chinese market. Until further news at the 2016 Guangzhou Auto Show, you might want to take a closer look at the new 1-Series Sedan in China.