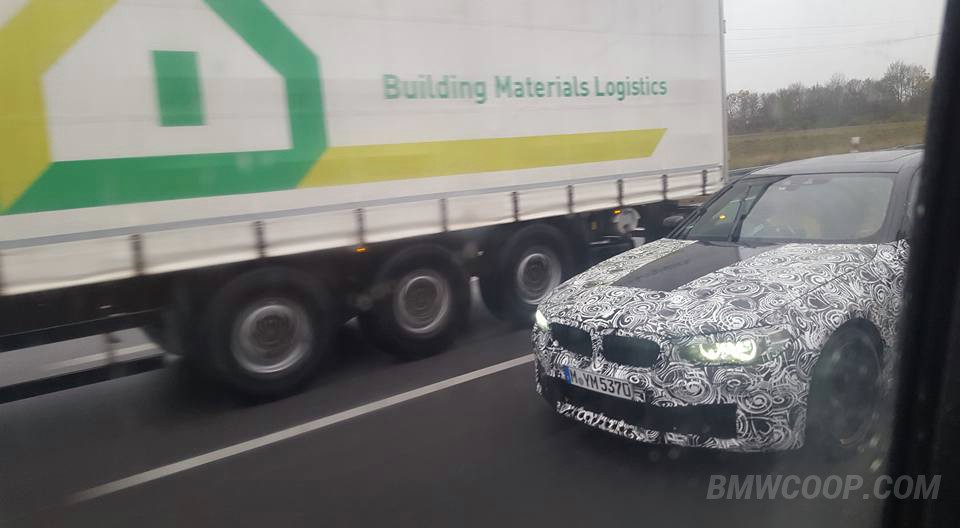 Even if the upcoming F90 BMW M5 has been already rumored, shot down in different areas in the United States or Europe`s Nurburgring, we have our own exclusive shots with the model while undergoing tests on Autobahn, just outside Munich.

The exclusive spy photos were sent by one of our fine readers who happens to love the model so bad that he promised he would sent new samples with the model. And so he did.

The spy photos were taken yesterday (November 16, 2016) and are showcasing the upcoming 2018 F90 BMW M5 sedan wearing the same camouflage around the body, which clearly indicates that the model is far from its final shape. Even so, we can depict the new styling bits that it will come with.

From the start, the model promises to be beautiful…actually more beautiful and appealing than ever, with its exquisite curves and sporty touches from top to bottom. More than that, it will borrow an aggressive look from the newly unveiled G30 5-Series and add its own M parts, only that it will be more powerful under the hood.

In terms of styling, the car`s main highlights refer to the new kidney grille and LED headlights, sporty hood, aero flicks on the front of the wheel arches, while the rear-end stands-out from the crowd with the twin double pipes and flared wheel-arches.

The exterior design also indicates that the model is going to be extremely powerful, especially the rear end, with the sports exhaust system with butterfly valves opening up. Even if unconfirmed, there are plenty of reports to give us an insight on the car`s powertrain. 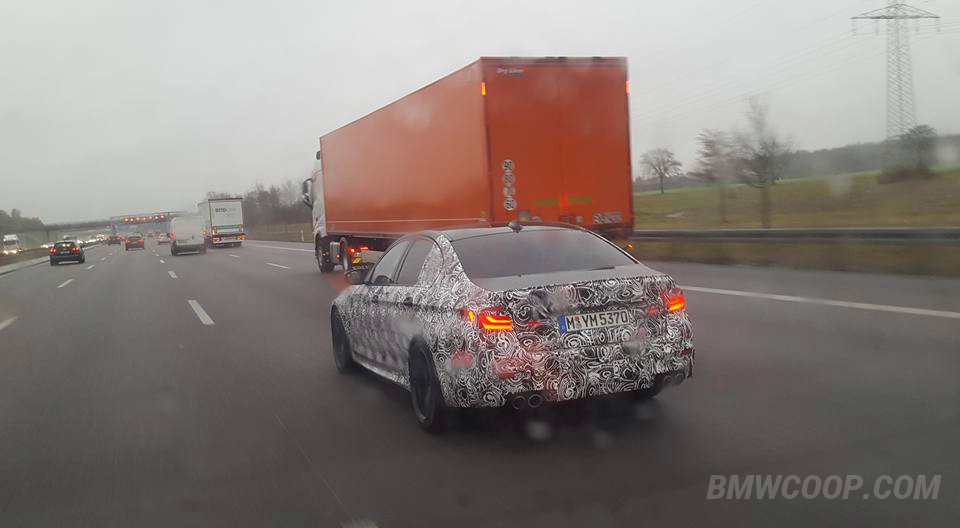 So, we might think of a 4.4-liter twin-turbo V8 engine, which is the same found on the 550i, but with indication of a new power configuration. Let`s say somewhere between 600 and 650 horsepower, paired to a seven-speed dual-clutch transmission, being sent to the rear axle via an Active M Differential. On top of that, the model will also get an xDrive all-wheel sibling, which would compete against the newcomer W213 Mercedes-AMG E63.

Presuming heading to the 2017 Geneva Motor Show for an official debut, the all-new 2018 F90 BMW M5 will be competing against the likes from the aforementioned AMG E63 or the new Porsche Panamera. As for the prices, the model is said to come with a tag of at least €150,000, if you decide to have it with optional goodies, like carbon fiber roof, trunk or ceramic brakes. Please find below the exclusive spy photos with the 2018 F90 BMW M5! 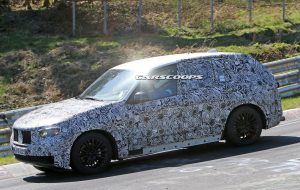 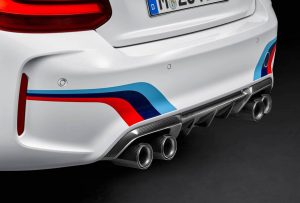