BMW revealed the all-new 5-Series lineup about a month ago with a lot of amazing videos and photos highlighting the gorgeous models in all their plenitude. Now, we have the chance of seeing in flesh the top of the line M550i xDrive, thanks to folks from BimmerToday.

As we can depict from the spy photos of the model sitting quietly in a park lot, the M550i xDrive is camouflaged around the sides, hiding the M badges and the Mediterranean Blue Metallic. Even so, we could actually depict that we are dealing with the more potent version from the 5-Series.

Another important hint that we are dealing here with the new M550i xDrive is the fact that it lacks the 19-inch Cerium Grey M-Wheels and the Cerium Grey exterior mirror housings, which usually depict a pre-production version of the new model.

Anyway, the model looks aggressive with the M Sport package, which is a common thing to all models from the M lineup, comprising exquisite features like bespoke front spoiler with wide air intakes, new rear deck lid spoiler, rectangular tailpipes and so on.

Inside, even if we don’t have any official images, the interior will come with a three-spoke leather steering wheel, aluminum pedal covers and footrest, bespoke floor mats, SensaTec dashboard and other features which are common to the rest of the 5-Series lineup. 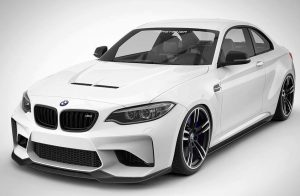 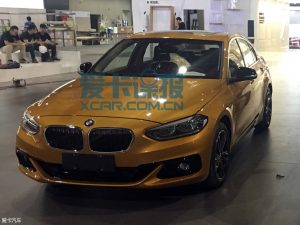