Racing on public roads has become more and more frequent these days, with a lot of heavily modified sports cars being engaged in dangerous burn outs and drag races.

This is exactly what happened with the driver of this nitrous E36 BMW M3 who believed that his ride was more powerful than the 1,300 HP Volkswagen Golf RS V10.

As we can see in the video below, the driver of the M3 was reckless enough to push the pedal to the medal, activating the car`s nitrous in an attempt to fast pass the Golf RS seen here.

Both models are found on a freeway, with the M3 driver losing control while trying to tackle the Golf model by activating the nitrous mode. In his attempt, the driver lost control and the car`s rear stepped out the freeway, even if he tried to gain control by hard breaking. Eventually, the driver hit the barrier extremely hard, flying and spinning throughout the air, reaching the opposite lane; fortunately for him, he got away with just a few bruises.

The impact could have been harder and the driver could have suffered serious injuries if it hadn’t been for the additional roll cage and other safety measures inside the cabin.

The E36 BMW M3 seen here “was” powered by a 5.0-liter V10 and fully packed with nitrous injection, while its “opponent”, a Volkswagen Golf RS V10 was taking its power from a 5.0-liter twin-turbo V10 with whopping 1,300 horsepower, which is just about enough to take on any hypercar available out there on the market today, not to mention an E36 M3. 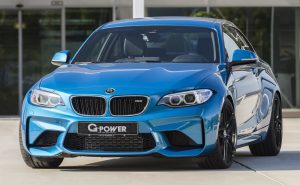 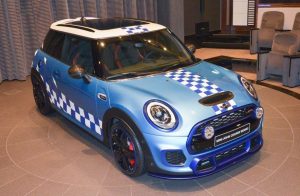