The BMW M3 in its first iteration has been the true ambassador of the company in the entire world, the car becoming iconic thanks to its exquisite design, advanced driving dynamics and sheer performance under the hood.

And for that, the Bavarian carmaker has decided to pay its tribute by releasing a special edition of the present M Competition, called the “30 Jahre M3”, set to debut this month.

Only 500 units are available worldwide, with half of them already heading to the United States. The exclusive version costs $83,250 in the six-speed manual and $86,150 in the Dual-Clutch transmission version. Both prices include the destination fee.

Overseas, the 2017 BMW “30 Jahre M3” packs the Macao Blue metallic paint, declared one of the exclusive colors from the BMW Individual catalogue, along with some standout body styling elements which distinguish it from the current stock generation.

We are looking here at the Sports exhaust system, “30 Jahre M3” badges, kidney grille all covered with the High-Gloss Shadow Line from the same BMW Individual Catalogue, the wide 20-inch alloy wheels wrapped in 265/30 and 285/30 front and rear, along with plenty of high-end features to continue inside.

The 2017 BMW “30 Jahre M3” is also available in two safety packages, the Driver Assistance Plus and the Executive Packages, both coming with a plethora of highlights, like Active Blind Spot Detection, Side and Top View Cameras, Automatic High Beams and much more. In the engine department, the model packs the same engine also found on the M3 Competition Package, but adds a slight power overboost.

We are looking here at a total of 440 horsepower and 500 Nm of torque. With the six-speed manual transmission, the car reaches 100 km/h in 4.0 seconds, while the DCT makes is run faster with around 0.2 seconds. 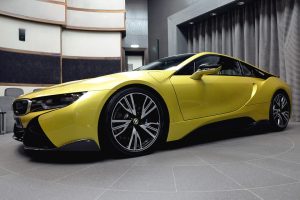 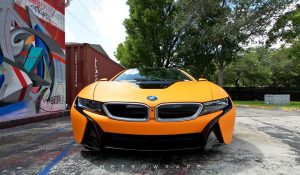