The BMW X4 M40i was launched online about a month ago, the model popping-up in our news again with the first photos. The model is getting ready for an official debut at the 2016 NAIAS, in Detroit.

The photos were provided by PalBaySpyShots and are showcasing the X4 M40i wearing the gorgeous Long Beach Blue body wrap.

As we can see from the photos, the BMW X4 M40i is coming with an evolutionary and aggressive design, complemented by the Ferric Grey accents on the front air intakes and side mirrors, or the 20-inch M light-alloy wheels.

In terms of pricing, the BMW X4 M40i is set from 65,000 euros in Germany, while in the United States the model is priced from 57,800 dollars, adding the 995 dollar destination fee.

Another good news for X4`s fans is that the model will also receive an M treatment at the beginning of next year, the news being confirmed by Frank van Meel, the BMW M Chief. 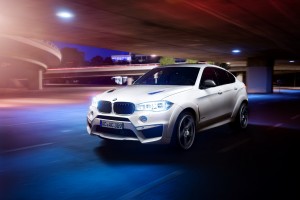 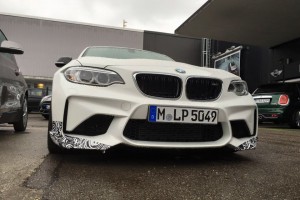