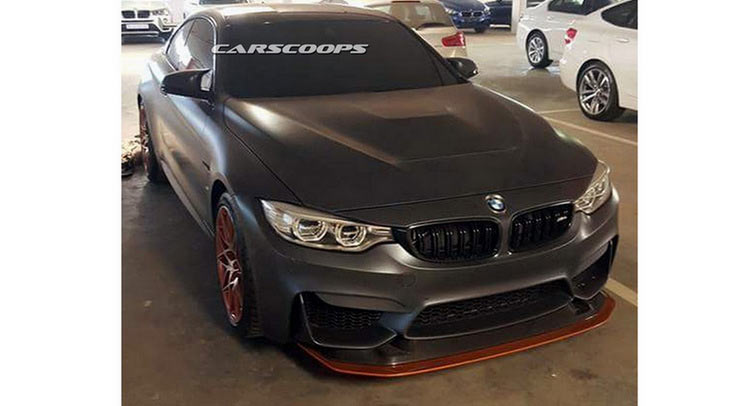 The BMW M4 GTS was recently unveiled and the model is already popping up in different parts of Germany. Judging by the photos, this one seen here is apparently sitting in a BMW car park, wearing the exotic Frozen Dark Grey Metallic body wrap with Acid Orange accents.

The M4 GTS is also wearing the by the 19”/20” M-Star-spoke style, lightweight forged alloy wheels, wrapped in the high-performance Michelin Sport Cup 2 rubbers, sized 265/35 at the front and 285/30 at the rear.

The cabin of the BMW M4 GTS sports bucket seats made from the same carbon fiber, along with the lightweight center console, rear seat paneling, carbon fiber instrument panel brace tube or the door pull loops which replace the handles.

Under the hood, the BMW M4 GTS comes with the Water Injection System, which sends the water into the intake manifold plenum chamber, where it evaporates, the temperature from the intake air is significantly reduced up to a point until the compression temperature from the combustion chamber provides a boost pressure, which means a pwoer increase as well.

The Water Injection System is supported by 3.0-liter TwinPower Turbo S55 flat-six engine, with a good 500 horsepower and 600 Nm of torque, hooked to a seven-speed M Double Clutch Transmission, enough to produce an acceleration of 3.8 seconds from 0 to 100 km/h. The topping stands at 305 km/h. 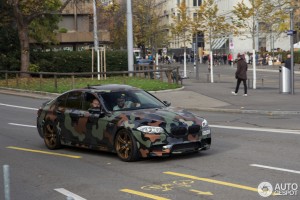 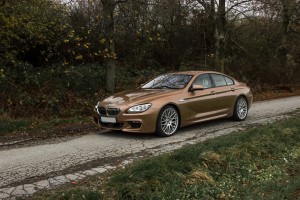 Next post BMW 650i Gran Coupe xDrive by Noelle Motors, Brags with 622 Horsepower