According to AutoZeitung magazine, BMW might be planning the most ultimate German machinery, in the shape of the rumored 9-Series Coupe, which would be based on the new platform that will sit beneath the new Rolls Royce Phantom.

The German based AutoZeitung has recently released an article according to which BMW might release a 9-Series Coupe model, that would borrow a lot of the design lines found on the Vision Future Luxury Concept and use the carmaker`s new platform and CFRP for the passenger cell, with the suicide doors as the “main attraction”.

Moving inside, the cabin of the future BMW 9-Series Coupe might use the latest high-end materials as well as the most advanced technology also seen on the 2016 BMW 7-Series or Vision Future Luxury Concept.

In the engine department, the BMW 9-Series Coupe might also use a wide array of petrol engines and diesels, like the 3.0-liter turbocharged or the higher 4.4-liter TwinTurbo V8 engine, with a 940e hybrid also to be offered soon after. All these important details would make it a major player against its top predators, the Mercedes-Benz S-Class Coupe or the Maybach. 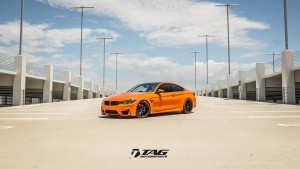