The highly-anticipated 2016 BMW X1 has arrived at the 2015 Frankfurt Motor Show, the second generation standing side-by-side with other BMW flagships. The new X1 is the carmaker`s smallest crossover and features an exclusive and evolutionary design, BMW`s main signature which makes it distinguish between other SAVs.

The 2016 BMW X1 will come in three versions, the Sport Line, xLine and the M Sport Line and is dominated by the sportier body design, with the new front bumper, wider kidney grille, LED headlights, a more prominent front fascia, tailgate-mounted spoiler with body protection, new set of wheels and a few more.

Moving inside, the 2016 BMW X1 is also packing new materials, like the Oxide Silver with high-gloss black accents on the seats with a choice of Alcantara upholstery, matte blue accents, Aluminum Hexagon, along with the updated 6.5-inch display, iDrive infotainment system, air-conditioning, the new heads-up display, or the Driving Assistant Plus package, with Active Cruise Control and so on.

Under the hood, you can opt for two petrol burners and three diesels, both configurations coming with the limited four-cylinder options. The petrol engines will come with 192 horsepower, respectively 231 horsepower, while the diesels can be had with power between 150 horsepower and 231 horsepower. CLick here for full details about the engine lineup. 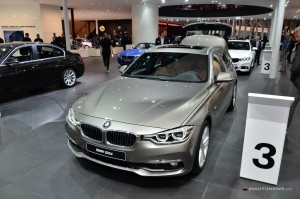 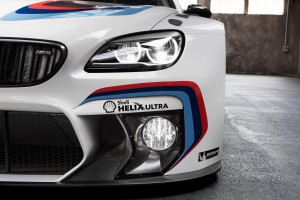