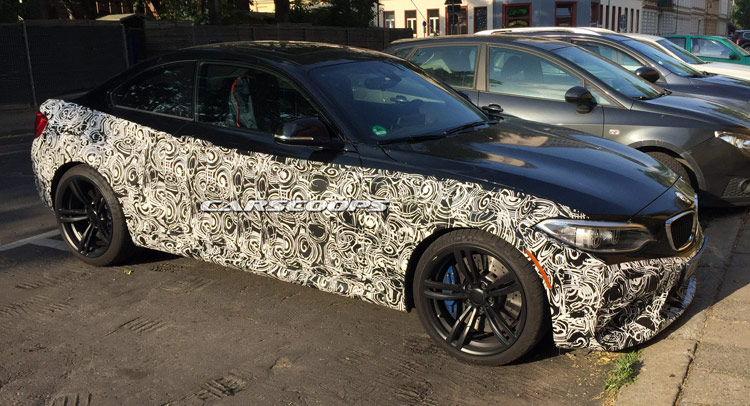 The long-waited BMW M2 Coupe, aka “baby M” is ending up in our news again through some new spy shots, which are showcasing the hot model in the same camouflage while being tested out on the streets, before its official release on the market, at the beginning of 2016.

The spy shots were provided by Nasyr reader from Carscoops along with a video which is highlighting the impressive engine revving of what we might believe to be a V8.

Nasyr stated that he took just a couple of minutes to get it on shots before the driver came along and took off. “Anyways, the car is apparently US-market. It has a lower stance and wider body, compared to the M235i and more aggressive front grille, with protruding lower splitter. Also, it might have a new shade of black, as the whole car was completely taped – you can see it in some of the pictures,” he also concluded.

As already expected, the BMW M2 Coupe will not sport a carbon fiber hood, the test mule seen here coming with wider fenders, massive wheels and brake discs, additional air-intakes fitted on the front bumper, as well as the quad exhaust pipes and a boot lid spoiler at the rear end.

Under the hood, the upcoming BMW M2 Coupe is said to come with tuned-up N55 3.0-liter turbocharged inline-six engine, developing between 360 HP and 380 HP, coming with a six-speed manual or a seven-speed dual-clutch transmission and sending the power to the rear wheels. 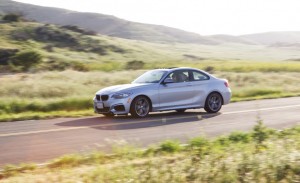