The BMW X2 has been-long debated, discussed and rendered online, previewing the body style or the performance figures that the SUV would be coming with. Today, another rendering has popped-up the web, giving us a closer look on the model.

The rendering is signed by the X-Tomi Design and is showing the body style of the BMW X2. As already accustomed with, the future BMW X2 will share some similarities with the BMW X1, as well as with its older sibling, the X4 and X6. But it will mainly share the overall design and cabin features with the X1.

But the BMW X2 will also come with its own personality, translated via the sloping roofline and updated front and rear fascias.

As we already know, the BMW X2 will come with a five-door body and the same engine lineup carried over the X1, meaning that we might see the same 3.0-liter cylinder, or the four-cylinder turbocharged lineup, which are extremely fuel-efficient and high-performance. All units will receive the 6-speed manual or the 8-speed automatic, with standard FWD or optional AWD.

Once it will be launched on the market, the BMW X2 will be the main competitor of the Mercedes-Bnez GLA45 AMG, but until its official unveiling at the 2015 Frankfurt Motor Show, this September, this is all we have got on the model. 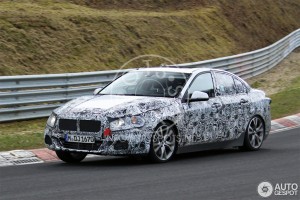