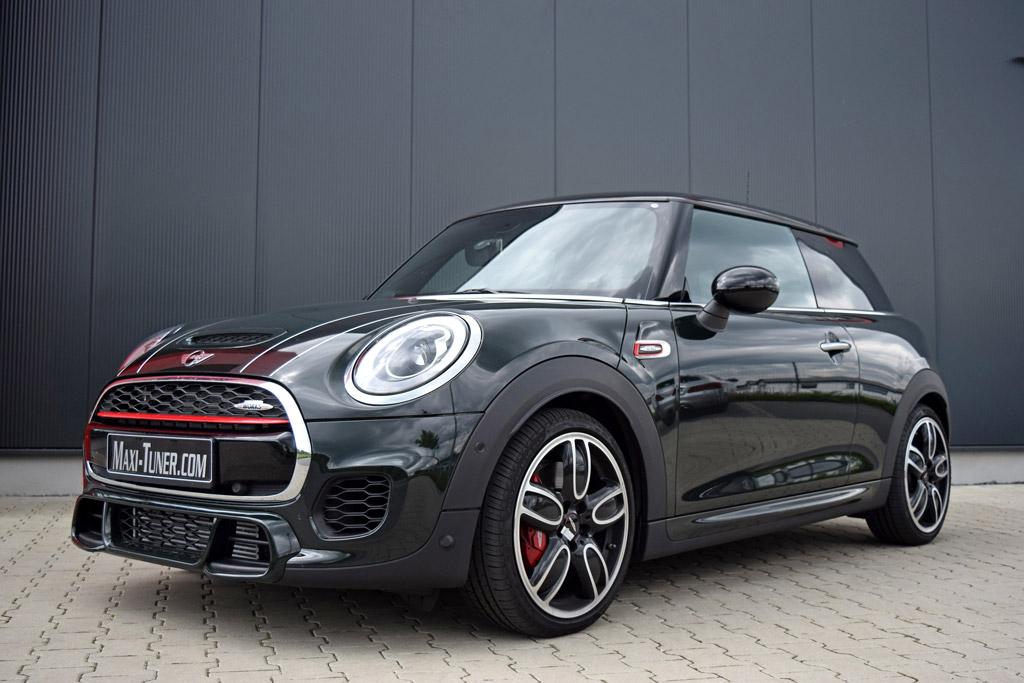 The aftermarket specialists from the Maxi-Tuner tuning division have recently carried out an upgrade program on the 2015 MINI John Cooper Works, the British based car receiving a power boost under the hood.

We are talking here about an upgrading power kit, which increases the power of this 2015 MINI John Cooper Works by up the 10 percent, while the torque goes higher as well by 23 percent, compared to the current version.

The 2.0-liter turbocharged petrol burner is now outputting 231 horsepower and 320 Nm of torque, which is quite impressive. Unfortunately, the Maxi-Tuner shop has not revealed the performance figures, but given the circumstances, this modified MINI John Cooper Works is definitely faster than the stock model, which sprints from 0 to 100 km/h in 6.3 seconds.

But the good news is that the Maxi-Tuner can turn your MINI car as well, the tuning division offering other upgrade kits, which can add up by 29 horsepower and 70 Nm of torque more than the stock performance. The kit consists of a remapped ECU, or the 990 pounds sport exhaust system with the 70 mm tailpipes. So grab your MINI Cooper and take it to Maxi-Tuner for a special upgrade program!