BMW is a master in finding innovative yet strange ideas concerning its models, and even if a certain segment from the auto industry have been discovered by other car manufacturers, the German premium auto maker will be there to claim its crown.

The carmaker has the experience and the necessary skills of adaptability, of finding new niches and ways of impressing its customers, and the BMW XCite model might be that “thing” which would definitely “excite” all its fans with its impressive features of a worthy crossover.

This would be a virgin territory that BMW would be exploring from now on, a territory that would surely revolutionize the entire crossover/hatchback segment. Thus, the XCite is supposed to be a smaller yet sporty hatchback, going crazy in the United States, where BMW fans have been long craving for such a model.

Moving on to the manufacturing process, the BMW XCite is rumored to come with the company`s UKL platform, which will underpin a front-wheel drive layout, also found on the new BMW X1. The company is also planning the introduction of an xDrive variant, best suitable for American teenagers` needs. So imagine driving a BMW XCite xDrive on the streets of Miami or Los Angeles.

Exciting driving of the BMW XCite comes with an interesting choice of engines under the hood, where the carmaker will have to decide between the company`s three- or four-cylinder units, with the turbocharged configuration. Or perhaps, it will use them both.

Additionally, we might witness the return of the six-manual transmission, which would give the XCite more reasons to be the perfect solution for boys, while the girls may also choose to drive it with the eight-speed automatic. We are looking forward to see the BMW`s final plans and performance details! 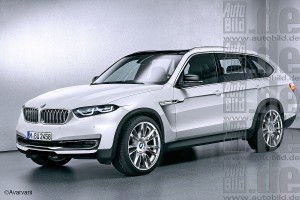