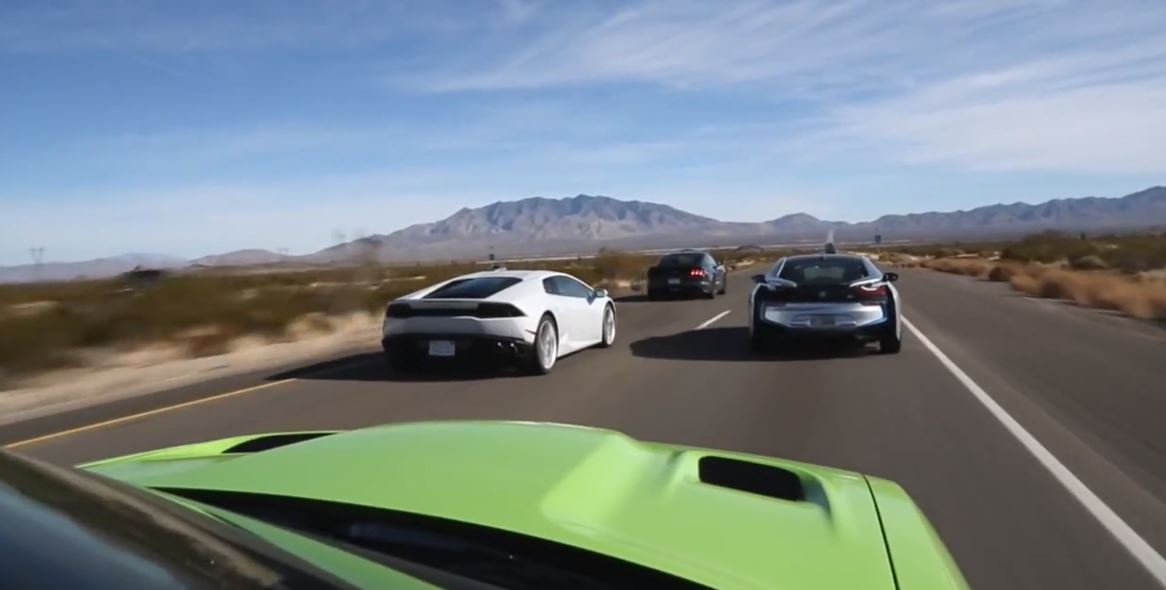 Four of the most powerful and impressive cars in the world have recently gathered to take place at a road trip which went all the way from California to Nevada. The so called road trip was also video shot by the guys from the UK`s famous CAR magazine.

We are talking about the BMW i8 setting against the Lamborghini Huracan, the Dodge SRT Hellcat and the Ford Mustang. We have to admit that there are no set standards to say which one is the most powerful, as each one comes with its kind performance and innovation technology under the hood.

Take for instance the BMW i8, which is quite revolutionary in terms of performance, as it packs a conventional 1.5-liter turbocharged inline three-cylinder engine, backed up by an electric motor. The overall power it produces stands at 357 horsepower and 570 Nm of torque, which makes the hybrid sprint from 0 to 100 km/h in just 4.4 seconds, at a top speed of 250 km/h.

On the other hand, the Lamborghini Huracan is packing a huge 5.2-liter naturally-aspirated unit, developing 602 horsepower and 413 lb-ft of torque, the unit being hooked the a 7-speed DCT.

Next, the Dodge SRT Hellcat is another suitable competitor, also set to be the fastest road sports car, and that due to its huge 6.2-liter V8 supercharged unit, which produces 707 horsepower and 650 lb-ft of torque. The whole power is demonstrated by the 3.0 seconds reached from 0 to 100 km/h.

Finally, the Ford Mustang will be powered by a V6 unit under the hood, developing a great output of 300 horsepower and 365 Nm of torque, in the cheapest version.

Enjoy the fantastic video with one of the most impressive muscle cars in the world, displaying their true identity on the roads! 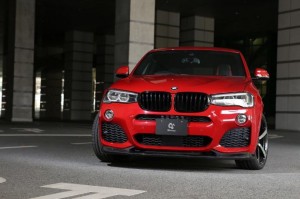 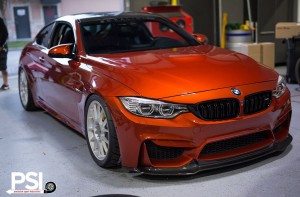