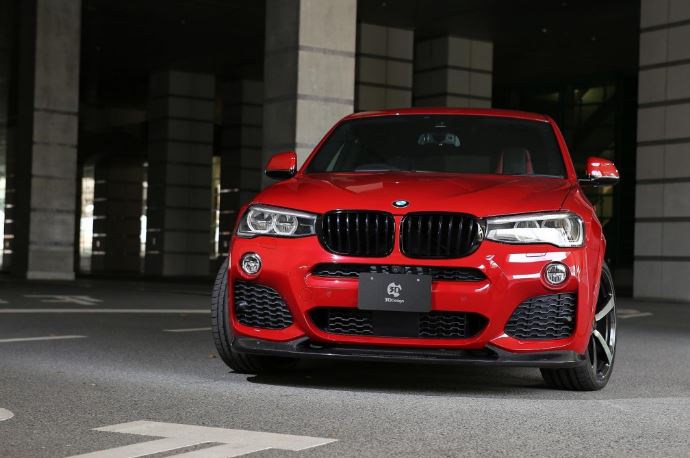 I haven`t heard of the aftermarket specialists from the 3D Design tuning division, but apparently, the Japanese tuner has recently managed to tuned up the gorgeous BMW X4. The upgrade package includes some mods at the body style as well as inside. No news on the performance under the hood so far.

From a visual point of view, the BMW M4 by 3D Design has received some new and cool body features, like the front lip spoiler from carbon fiber, revised rear diffuser, the roof and trunk spoiler, all complemented by one-off wheels. The model has been also lowered, to make room for the 30mm 3D Design coil-over kit.

To make things complete, the BMW X4 has also received the high-performance exhaust system with dual twin tailpipes. Inside, the model is tweaked with the 3D Design features as well, like the carbon fiber trim, the aluminum pedals, or the 3D Design floor mats.

On the road, the BMW X4 handles pretty good for an all-wheel drive system, especially on tight corners, or when forcing the SAV from one sliding to another.

The performance of the X4 model is also highlighted by the 3.0-liter diesel six-cylinder inline unit under the hood, which develops 259 horsepower and 560 Nm of torque, available at 1,500 rpm. Enjoy the gallery with the BMW X4 by 3D Design! 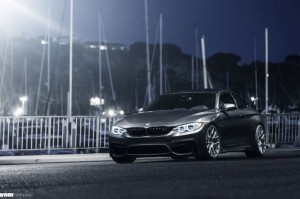 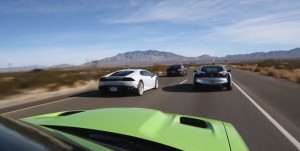