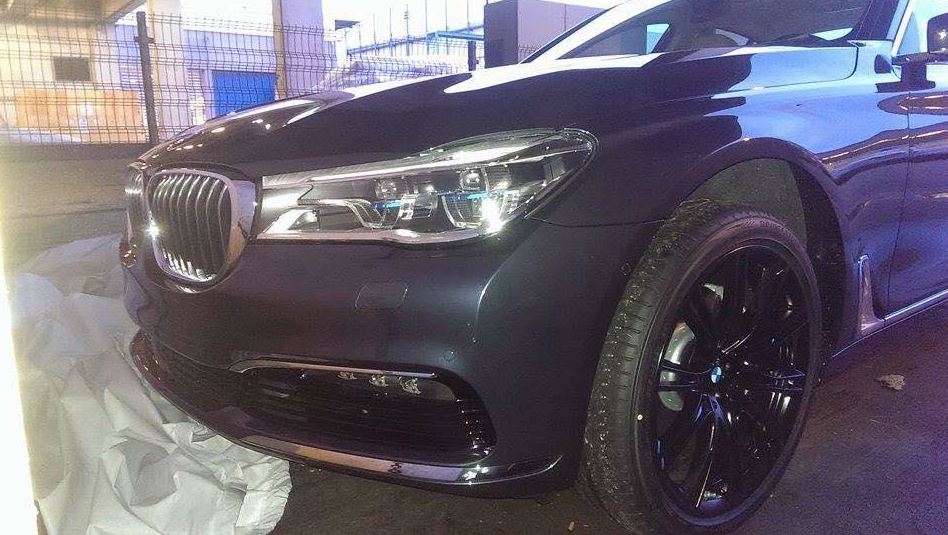 The G11 BMW 7-Series is finally here, as the model has been recently leaked in some shots, revealing the model from different angles. This should be enough to form a strong opinion on how the vehicle would look like.

The BMW 7-Series is supposed to be launched sometime this year, becoming the direct opponent of the Mercedes-Benz S-Class.

To cope with the strong competition from Mercedes-Benz, the Bavarian premium carmaker has designed something unique, as its models are on a constant evolutionary level in terms of design and performance.

Taking a look at the model, one might resemble a more robust body style with unique features, like revised front fascia, a front bumper looking rather the same with the one found on the 6-Series, elongated taillights, or massive exhaust pipes.

Inside, the 2016 BMW 7-Series will also receive a special treatment, but so far, there are no fresh images with its interior.

Under the hood however, the 2016 BMW 7-Series is also rumored to get the 2.0-liter four-cylinder unit, developing 260 horsepower. Other engines are also announced, like the 6-cylinder and 330 horsepower, the V8 edveloping 460 horsepower, or the 6.6-liter V12 with 600 horsepower.