The 2016 BMW X4 M40i is fast approaching its official unveiling on the market, but apparently, a prototype of the model was recently caught on shots while performing some tests at the Nurburgring.

What is interestingly enough, this particular prototype will come with the same features as the 2016 BMW X4 M40i, meaning front bumper and rear dual tailpipes and white diffuser.

Some slight different changes than the standard model, refer to the M Performance wheels, lowered suspension, as well as beefed up brakes.

Apart from that, a similarity with the upcoming M2 is found under the hood, where the prototype will come with the same 3.0-liter six-cylinder unit, which will deliver the same 370 horsepower.

The 2016 BMW X4 M40i is said to be the most powerful and high-performance version from all versions being built up so far, but that before a genuine M-powered version will have emerged on the market. 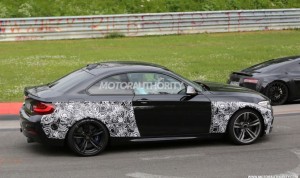 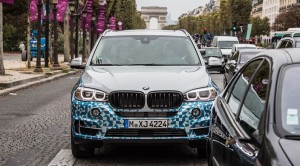