The latest creation from BMW, the 2016 X6 M model, was recently caught on a video while undergoing some serious tests on the Ring.

The video is a clear indication that the BMW automaker is planning to introduce the most powerful version of the X6 generation.

As seen in the video, the 2016 BMW X6 M SAC is being tested wearing some light camouflage, meaning that changes will be made at the front fascia, on both sides, as well as on the rear end.

Another important feature is that the 2016 X6 M will distinguish itself from the X6 standard model, by coming with an improved aerodynamic body kit, with tweaks at the already modified kidney grille or at the rear bumper.

Under the hood, the 2016 BMW X6 M will be also impressive, being equipped with a 4.4-liter V8 unit, developing a good 547 horsepower and impressive 680 Nm of torque.

Rumors say that the 2016 BMW X6 M might be launched next year, with more details to be found later on. 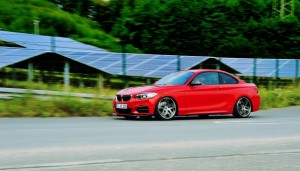 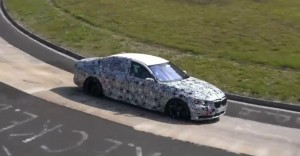 Next post Video: 2016 BMW 7-Series LWB Caught on the Ring