The BMW German based luxury automaker is currently on a big hit with its high-end sportscar, showcasing them in different videos or pictures.

It is also the case of five BMW 2-Series M235i Coupe models, which were videoed while going for a drifting session in Cape Town, South Africa.

Miracles can be down with a bunch of computers, cameras and skilled drivers as well, who get the chance of riding the BMW 235i Coupes while letting themselves caught on video in a drifting session.

To be a reminder, the BMW 2-Series M235i is the top of its series, but there are rumors stating that the automaker is already planning a new top version, coming out late next year or at the beginning of 2016.

The top of the line BMW M235i Coupe is bragging with the same 3.0-liter TwinPower Turbo inline six-cylinder unit under the hood, the same found on its younger siblings, the M3 Sedan and the M4 Coupe. 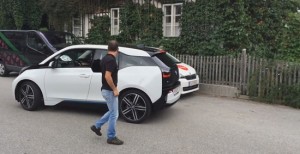 Next post Watch the BMW M4 Coupe in a POV Drive