The fresh out of the box BMW M3 Sedan was recently taken on a POV drive on Spa Francorchamps, the sports car being also showcased in video.

We are talking about a POV video that reveals the high performance of the 2014 BMW M3 Sedan, being tested on Spa Francorchamps.

The POV mode showcases the 2014 BMW M3 Sedan in a Sakhir Orange finish being driven by Ron Simmons from the RSR Racing, the driver “competing” against the M4 Coupe seen in front of him.

To be a reminder, the 2014 BMW M3 Sedan and M4 Coupe are powered by a great 3.0-liter TwinPower Turbo engine, developing a great 431 horsepower and 550 Nm of torque.

The unit is sending the power to the front wheels with the help of a 7-speed dual clutch transmission, which makes the two of them reach the 0 to 100 km/h in 4.1 seconds, at a top speed of 250 km/h.

Just hit the play button and watch the 2014 BMW M3 Sedan showing off in a POV drive mode on Spa Francorchamps. 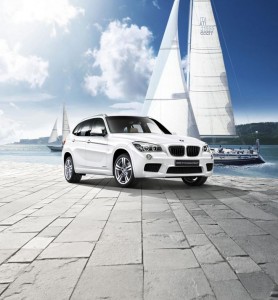 Next post MINI One Hatch Available in Australia from 24,500 AUD