The BMW i8 is ending up in our news again, as the hybrid sportscar is showcased in a new promotional video, revealing all the power that it comes with.

In case you are addicted to the i8, then you should watch this short video with the BMW i8 being teased in its full prime, also showcasing the car`s “silent performance” on the roads at full throttle.

To be a reminder, the BMW i8 was first introduced to the public in 2013, at the Frankfurt Motor Show, with the hybrid being assembled in Leipzig, Germany.

The BMW i8 is coming in a two-door coupe body, being powered under the hood by a hybrid synchronous motor, which develops 131 horsepower and 250 Nm of torque.

The BMW i8 is also offered with a range extender, the 2.5-liter I3 turbo, which adds another 228 horsepower and 320 Nm of torque.

The combined power of 375 horsepower and 570 Nm of torque, makes the BMW i8 a real sports car on the roads, being capable of high-performance and tweaking a lot of technological goodies inside. 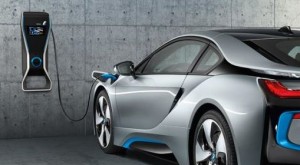