The 2016 BMW 7-Series was recently caught on a video while undergoing some tests on the tracks at Nurburgring, which is a clear indication that the hot luxurious model might be coming soon enough.

The video with the 2016 BMW 7-Series is revealing the model in some camouflage, but with the top roof also distinguishing a panoramic sunroof.

The 2016 BMW 7-Series will be riding on the company`s fresh G11/G12 platform, meaning that the vehicle will make use of plenty of carbon fiber components on the roof, bonnet or bootlid, and other materials that will shed some weight off the luxurious model.

If not interestingly enough, the 2016 BMW 7-Series will be the company`s second model to receive the optional laser headlights, after the famous i8 has already taken advantage of this long-expected technology.

Under the hood, the 2016 BMW 7-Series will be powered by an engine lineup, supposedly coming with six-cylinder V8 and V12, as well as a diesel inline-six engine lineup.

Enjoy the video with the 2016 BMW 7-Series going for some tests and showing off on track at Nurburgring, Germany. 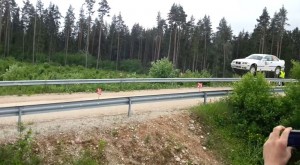 Previous post An E36 BMW M3 takes off during rally 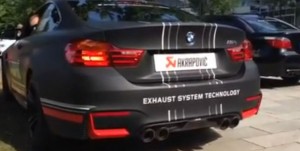