The BMW German based luxury automaker has launched the official promotional video with the high-end 2015 X6 model.

The 2015 BMW X6 SAV was unveiled officially some weeks ago and now the famous model is in the spotlights again, while proudly showing off in a promotional video.

The video is also showing the 2015 BMW X6 as one of the most luxurious SAVs available on the market at the moment, being perfect for all members of the family.

The 2015 BMW X6 is indeed considered a family car due to its increased luggage capacity of 1,255 liters, coming also with a very stylish design and cute curves.

Still in terms of styling, the one can see the resemblance seen at the sloping roofline with its sibling X5, as well as the soft curves which make it stand in front.

Inside the 2015 BMW X6, the cabin is all wrapped in high-end materials and leather, also bearing some high-tech tweaks.

The BMW X6 will be available in the xDrive50i, the xDrive30d and the M50d versions, soon to receive other siblings like the sDrive35i, the xDrive35i and the xDrive40. 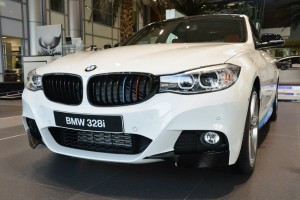