A heavily customized BMW 1M Coupe by Dinan tuning company has become available on Craiglist at the right price of $79,000, while the standard version was put on sales at $47,030, back in 2011 when it first came on the market.

The famous aftermarket specialists from the Dinan tuning company has modified the 1M Coupe, to deliver more throttle and performance.

We are talking thus about the small and lightweight 1M Coupe now receiving a special treatment from Dinan tuning, which would eventually make the sportscar handle a great deal of grip.

The “Brutally Perfect” sports car, as the Road & Track magazine would call it, received the BMW N54 Dinan personal turbocharged engine, that now produces 444 horsepower at 6,300 rpm and 450 lb-ft of torque, available at 3,300 rpm.

The engine of this rare BMW 1M Coupe is hooked to a six-speed transmission, with the sportscar managing to hit the 0 to 100 km/h sprint in just 5.4 seconds.

There were only 740 units being sold in the United States when it was first launched in 2011 and perhaps this rare model will be sold in an instant on the web. 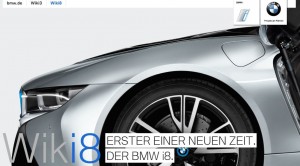 Next post Wiki8 goes live, unfortunately only for German speakers