Nobody has ever realized that the two big carmakers, the BMW and the Tesla, offering electric models on the market and competing each other endlessly, will meet up and discuss the future of electric cars.

We are talking about a meeting that the BMW German based automaker and the Tesla carmaker from North America had last week, when officials discussed about the technological “advancements in the segment.”

The sole purpose of the meeting was to find out solutions on how they should deal with the limited range of their batteries or how should extend the number of the charging stations and much more.

Even if they are competitors, the idea was that both of them were willing to make some compromises in order to “strengthen the development of electro-mobility on an international level,” as a spokesperson from BMW also stated. 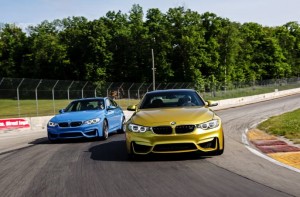 Next post 2015 BMW M3 and M4 Showing Off at Road America, Going for Test Drive