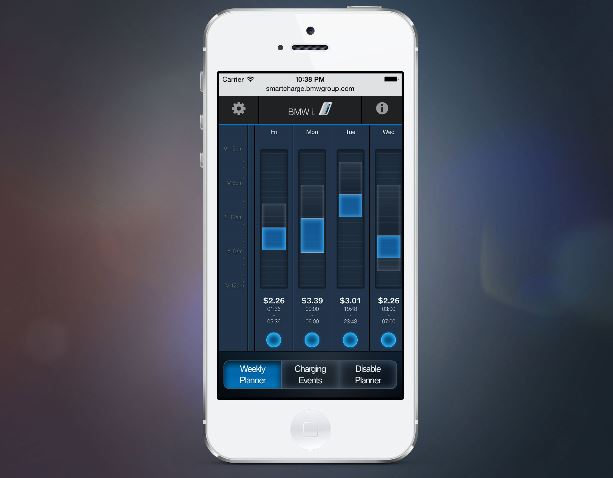 Along with the development of green cars, more and more automakers try to come up with different kind of apps that would make drivers save money.

It is also the case of the BMW luxury carmaker that has come up with a smart charging app that would give drivers the opportunity of saving money when charging their electric cars on the backyard of their house.

The BMW “i”`s owners now get their chance of using the BMW Smart Charging App, powered by Genability, that allows drivers to charge their vehicles during the moment of the day when the electricity costs less.

Thus, when charging your “i” electric car, this process could save you money, which might be around $400 per year, as representatives of the company state.

The app is simple to use, as it has to be fit to the BMW “i” Remote App, linking thus the BMW ConnectedDrive interface to let drivers monitor the charging process.

Next post BMW Partners GoPro for the Perfect Snapshot