The BMW German based luxury automaker has recently confirmed the intentions of launching a 2-Series Coupe coming with an all-wheel drive.

The BMW 2-Series Coupe AWD is expected to arrive in the United States this summer and it is supposed to be very successful, especially since it is a first premiere for the 2-Series lineup to sport an all-wheel drive unit.

The BMW representatives also mentioned that the xDrive AWD will be put on the 2-Series 228i version, for which the customers will be paying an extra $1,800 for the current price of $33,050.

The BMW 2-Series AWD will be powered by a 2.0-liter four-cylinder turbocharged engine, developing 240 horsepower and 255 lb-ft of torque.

So far, the details about the 2-Series Coupe AWD are rather limited, but we should expect full specs with the sportscar`s performance and high-tech equipment this summer, when the sporty coupe will be launched in the United States. 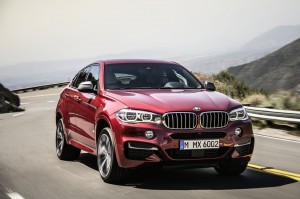