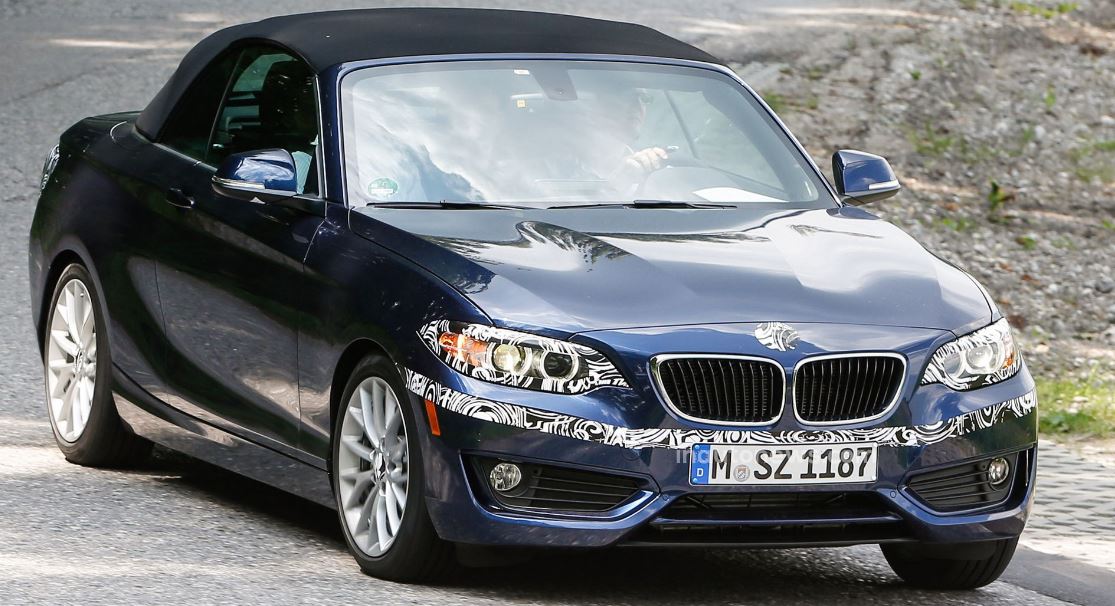 After the BMW 2-Series Coupe was unveiled a few months ago, as the successor of the 1-Series Coupe, the forthcoming BMW 2-Series Cabrio was caught on camera while undergoing some tests, without the sportscar wearing some camouflage.

The BMW 2-Series Cabrio is going to successfully carry on with the legacy of the 1-Series, the Cabrio version of course, since it is announced to be sportier and tweak more high-tech gear.

The BMW 2-Series will still receive the engine lineup as well as the high-tech equipment from the hatchback version, being rumored though to come only with the 2.0-liter gasoline unit, developing 150 horsepower, 177 horsepower, while the turbocharged diesel will receive more throttle, which is around 214 HP.

The engine lineup of the upcoming BMW 2-Series will be hooked to the conventional 6-speed manual or to the optional and more performance 8-speed automatic.

The BMW 2-Series is also said to come with an all-wheel drive system xDrive. The good news however, is that the sporty vehicle will be publicly displayed this summer.

Next post 2015 BMW M6 Lineup Already Available in the US