Since the famous event taking place each year at Concorso d’Eleganza Villa d’Este is partly sponsored by BMW, the German based automaker has decided to bring the 2014 M3 along for a little video show off.

The 2014 BMW M3 sedan show in the video is trying to demonstrate its performances by racing its engine to the full.

To be a reminder, the 2014 BMW M3 model was unveiled last year, being closely related to its M3 Convertible sibling, as well as with the M4 model.

As seen in the clip, the M3 is throttling its unit to the max, as it is based on the same 3.0-liter twin turbo straight-six cylinder, also seen on the M3 Convertible and the M4.

The BMW M3`s unit is hooked to a 6-speed manual transmission or the optional 7-speed dual-clutch transmission.

Enjoy the video with the BMW M3 showing off! 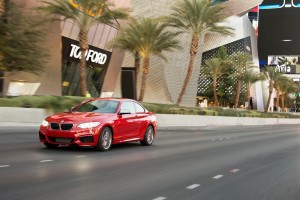