The BMW German based luxury automaker has recently released a new set of pics with the fresh new 4-Series Gran Coupe model.

The BMW automaker has first launched the online configurator for the 4-Series Gran Coupe and now the sportscar is in the spotlights again, in some photos.

The BMW 4-Series Gran Coupe model will be coming available in Europe starting this summer, being offered with an engine lineup that includes three petrol burners and two diesels.

The diesel units in Europe refer to the 2.0-liter four-cylinder engine, developing 141 horsepower for the 418d, while the 420d will output 182 horsepower.

The 420d is also considered to be the most fuel-efficient model, with a consumption of 4.5L / km.

In the United States, the BMW automaker will launch the 4-Series Gran Coupe in the 428i and the 435i models, with the trunk capacity of the four-door coupe standing now at 480 liters, which is 35 more than on the 4-Series Coupe.

As for the prices involved for the BMW 4-Series Gran Coupe in Europe or in the US, there are no news yet, but perhaps the BMW automaker will also launch some info soon enough. 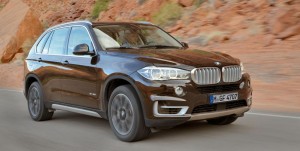 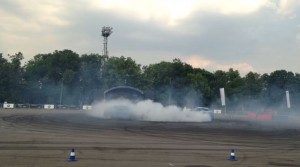 Next post BMW M3 and M4 drifting in Moscow