The BMW German based luxury auto maker has recently launched a video with the X5 eDrive Concept showing off in details.

The BMW carmaker is on the verge of launching the plug-in hybrid version of the X5, soon reaching production, but before that, the company wants to make sure that everybody knows who the X5 eDrive really is.

There are chances that the final version of this SAV (Sports Activity Vehicle) will have a very distinguish body style, with reports stating that the final name of the vehicle would be the X5 xDrive40e.

With the model expected in a couple of months from now, the BMW X5 xDrive Concept will be coming under the hood with a 2.0-liter four-cylinder turbocharged gasoline engine.

The engine will be backed by an electric motor, alongside a lithium-ion battery, installed under the luggage compartment.

The total power that the SAV will output would be 340 horsepower and 600 Nm of torque, with an electrical autonomy up to 32 km/h, at the maximum speed of 120 km/h.

Enjoy the video with details about the wonderful BMW X5 eDrive Concept model. 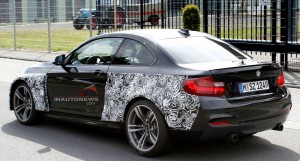 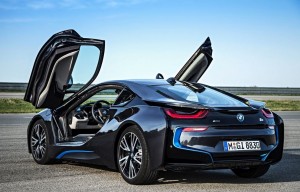 Next post BMW says not i8 M, not now, probably not ever