A lot of BMW models are receiving upgrades these days, with the recently upgrade given by Hamman to the 2014 model BMW X5.

The fresh BMW X5 has been let itself in the faith of the aftermarket specialist Hamman, to receive some great upgrades, like a new front bumper, with the fog lights and the LED daytime running lights being put all together.

More than that, the exterior of the 2014 BMW X5 also received a fiberglass front lip, side skirts, a roof mounter spoiler from two pieces, alloy wheels in different colors and much more.

Apart from a carbon or a chrome quad exhaust system, the BMW X5 also comes inside with some aluminum pedals and foot rest, customized floor mats and other tech tweaks.

Under the hood, there are also upgrades taken to the engine lineup. For instance, the sDrive25d and the xDrive25d versions develop 251 horses and 502 Nm of torque, from a previous 218 HP and 450 Nm of torque.

The other versions xDrive35, the xDrive40d, the xDrive50i and the top of the line M50d also received significant upgrades in terms of power and performance. 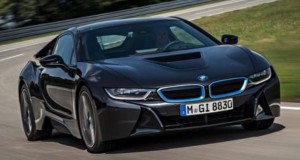 Next post BMW Planning the i8`s Green Sibling, the M1