The BMW German based manufacturer will be showing off at the upcoming 2014 New York Auto Show with its latest creations, the X3 Diesel and the X5 PHEV concept.

The BMW X3 and the plug-in concept will be launched on the market starting next month, both coming as a 2015 version.

First, the BMW X3 diesel xDrive28d will be powered by a 2.0-liter four-cylinder twin turbo-diesel unit, developing a good 180 horsepower and 280 pound-feet of torque.

More than that, the X3 SUV will sport an eight-speed automatic transmission, and will be able to sprint from 0 to 100 km in around 8 seconds.

On the other side, the X5 eDrive concept plug-in hybrid will also be brought at New Yew York. The SUV is equipped with a gasoline engine developing a fair 245 horsepower, backed by an electric motor that adds 85 horses.

The X5 plug-in hybrid is able to run and additional 20 miles on electric power, with a fuel-efficiency of around 62 miles per gallon. 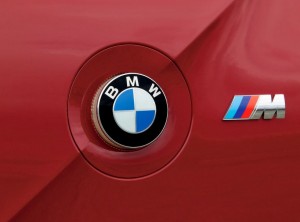