BMW the German luxury car manufacturer has announced that will bring a plug-in hybrid version of its Concept X5 eDrive at the 2014 New York Auto Show.

However, even if the present Concept X5 eDrive was first unveiled at the 2013 Frankfurt Auto Show, the updated plug-in hybrid version of the SUV will be hitting the market somewhere next year.

Under the hood, the BMW`s updated hybrid X5 eDrive is supposed to sport a 2.0-liter four-cylinder engine backed by an electric motor which is integrated with the transmission.

The BMW X5 plug-in hybrid SUV will have the same all-wheel drive system, with the possibility of the SUV running fully on electric power for short distances.

The BMW luxury auto maker will be rolling a lot of eco-friendly SUVs, starting with this hybrid X5 eDrive, and is set to become the worldwide leader on the hybrid SUV market by the end of the 2015.

More details with the upcoming updated X5 eDrive will become available when the BMW will be present at the 2014 New York Auto Show. 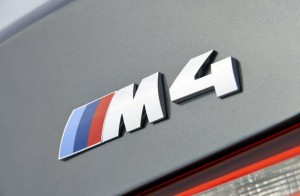