The classic rivalry between the Mercedes-Benz and BMW doesn’t stop not even when it comes to servicing programs being launched everywhere in the world.

Perhaps the DriveNow car-sharing service program being launched ahead by BMW is a counterattack of the Daimler`s newly announced Car2go sharing service to debut in Rome. Thus, the BMW is planning to launch the service in 10 US cities and 15 new cities in Europe.

The DriveNow car-sharing program will involve the Mini Cooper and the 1 Series in 15 European cities, with the program being already active mostly in German, namely in Hamburg, Berlin, Cologne, Munich or Dusseldorf, as well as in the US, in San Francisco.

San Francisco was actually the last city for the BMW to run the DriveNow program, as it was quite problematic in delivering the number of the cars, with the so little space for public parking areas to manage when renting a car.

The DriveNow porgram charges a membership fee of $39 in San Francisco, another half-hour fee of $12 and 32 cents for each minute past.

On the other hand, its rival Car2go, charges a membership fee of $25 along with 41 cents per each minute past time to rent a SmartForTwo. 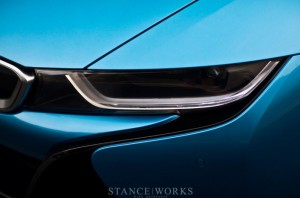