The fresh successfully unveil of the 2-Series turns the BMW`s plans towards theo issuing of a real powerful M model, based on the 2-Series.

The M division from the German manufacturer is likely to render a new version, or perhaps two versions, a coupe and also a convertible.

The M2 Coupe and the M2 Convertible might be regarded as the smaller siblings of the powerful M4 Coupe and M4 Convertible, which are believed to be launched on the market in just a few years.

The M2 Coupe and the M2 Convertible might be sporting the 3.0-liter inline six-cylinder that the present M235iCoupe enhances, also developing a huge 380 horsepower.

All the power will be distributed to the rear wheels via a manual or an automatic transmission.

There are also other tweaks that the two M2 would receive from its brothers, like the Active M Differential, a quite the same body styling or a four tailpipe exhaust system.

The M2 model is supposed to arrive somewhere in 2016, and for now, these are the only details rendered with the model. 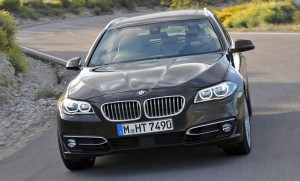 Next post BMW to Face Record Sales Growth in February