The upcoming X4 from BMW was recently caught on video, as the car is due to be revealed to the public on March 6.

The BWM luxury car manufacturer is putting the X4 into the spotlights for the first time with a video, with the car showing off on the road.

The BMW X4 will be officially unveiled at the 2014 New York Auto Show, which is programmed in March.

The fresh new X4 is actually the smaller model of the X6 and will be based on the X3`s platform. The model will come even sportier, with great looks and a more aggressive body.

Apart from the body, the BMW X4`s interior and engine will be also taken from its sibling X3. But roght now, the full details and specifications with the car are being limited, but we should expect fresh news in the filowing period.

Enjoy the short video with the BMW X4. 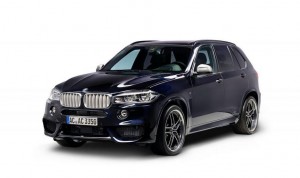