The very first BMW M4 Coupe has just been released from its cage in Munich, Germany. The model has seen the first day out of the assembly line, which is a very important event from BMW.

The event was celebrated by driver Hermann Bohrer, the managing director at BMW, as well as Martin Tomczyk, a professional driver who took the fresh new car out for a spin.

The demonstration showed that the M Coupe is worthy of its Active M Differential with power steering being electronically limited along with some carbon fiber and aluminum components which reduce the weight of the car.

The BMW M4 Coupe has already made its public debut at the 2014 North American International Auto Show, taken place in Detroit a few months ago, coming with a refined and more aggressive body kit.

The M4 Coupe is powered by a 3.0-liter six-cylinder TwinPower Turbo engine, developing a rough 431 horsepower and 406 lb-ft of torque. 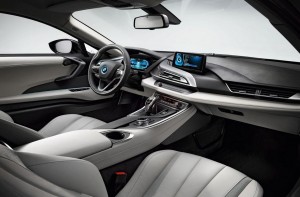