With the success that the German based manufacturer has had and still has with its two fresh i3 electric and i8 hybrid models, it is no wonder that the Tesla Motors is putting a lot of efforts in making the “Ultimate Driving Machine”.

Tesla doesn’t fear heavy competition on its shoulders from Ford or General Motors, but rather from BMW, since the Germans have built the two vehicles from the ground up, putting its motors into the floor of its cars.

On the other hand, the i3 electric car and i8 hybrid are considered by Tesla Motors real car performers and more expensive than the Tesla, with up to 40% for the i8 hybrid.

Another worrying thing for Tesla when considering heavy competitions from BMW, is that the German based automaker has sold more than Tesla, with 10,000 i3 orders by late November, compared with only 6,900 units from Tesla.

Also, the i8 hybrid had been already sold out by February 2014. Thus, the BMW has “an outside chance”, as the Fool states, “to sell more plug-in hybrid vehicles than the Tesla be next year”. So, watch out Tesla. 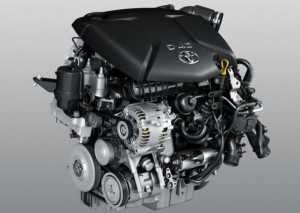