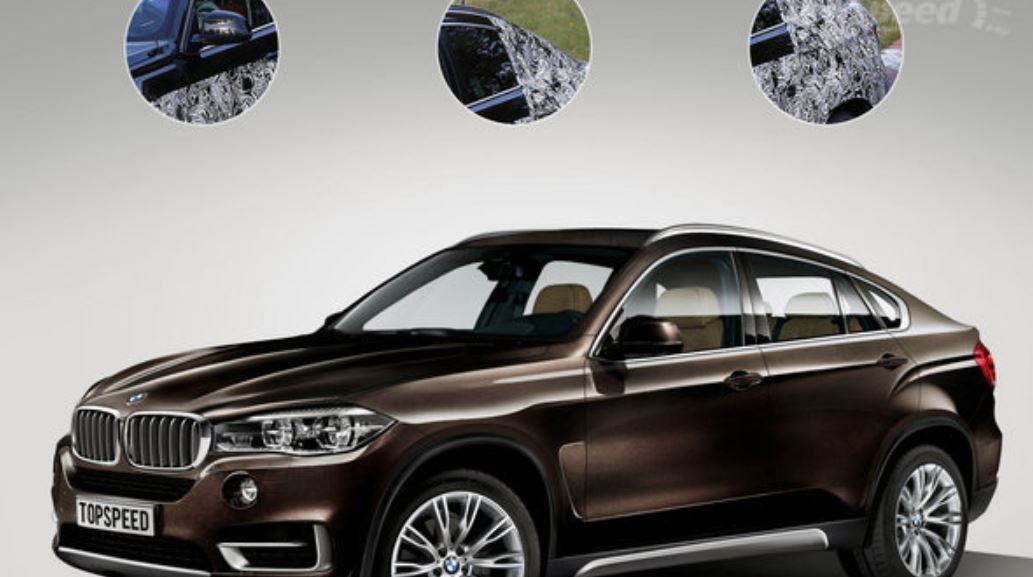 BMW X6 is now rendered again, this time via the internet, after a series of spied photos or teased images with the camouflaged vehicle being tested in the Northern Europe, under rough weather conditions.

Photographers have been spotted the car a couple of times in the past few months, and as it can be seen from the picture below, the vehicle bears radical changes to its design, just like the X5, looking also differently from its previous generation.

To be a reminder, the 2015 BMW X6 will be featuring the same platform as the all-new X6 generation, having identical rides, except from one part, namely the sloping roofline, along with some other minor tweaks.


The engine lineup also involves the next-gen X6, including a 4.4-liter V8 TwinTurbo engine in the xDrive50i, developing 450 horsepower and 479 lb-ft of torque.