Along with the development of the BMW`s front-wheel drive based on Concept Active Courier, the compact MPV was expected to arrive under the badge of a 1-Series.

But the BMW`s compact MPV was just spotted wearing a 225i badge, which is a confirmed statement that the vehicle will arrive under the new 2-Series range.

A senior manager at BMW has let word that the decision was made due to the fact that the compact MPV is significantly bigger that the present 1-Series hatchback sold in the U.S., and it that it will cost more.

So, the full name of the compact MPV would be BMW 2-Series Active Tourer. To confuse us even worse, there was also a seven-seat version in works, to bear the name 2-Series Gran Coupe.

But we will be able to find out more about this confusing news, as the new compact MPV is preparing its grand debut at the 2014 Geneva Motor Show, early this March. Sales are expected to hit the US market in the first part of 2015. 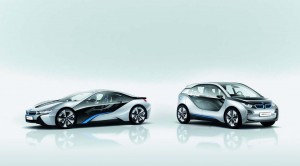 Previous post The BMW i5 highly dependent on i3 success