The BMW`s 4-Series Gran Coupe (F36) it is just round the corner for a world debut at the 2014 Geneva Auto Show. The car was also spotted for a spin through some spied photos.

The photos show some patent design images with the upcoming 4-Series Gran Coupe, which is a clear indication on how the car would look under its camouflage. The images don’t reveal the aspect of the car, but we might think it will be definitely a hatchback.

The Gran Coupe model (F36) has the same exterior as the Coupe, but it comes though with a prolonged roofline and two more doors. As for the interior, the model will feature the same styling as the other 4-Series models.

Concerning the power under the hood, the F36 will also sport the same engine lineup as the Coupe (F32) and the Convertible models. 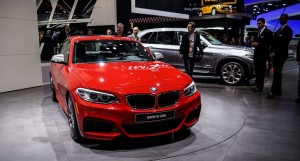