It seems that the BMW German luxury car manufacturer has received a lot of laurels with its new models being launched at the 2014 Detroit Auto Show, when it also unveiled the 2014 BMW 2 Series.

Of course BMW didn’t rest on its success and kept on moving and pushing things further a little bit. Talking about pushing things forward, BMW has also revealed its online configurator “for the replacement to the much-loved 1-Series”.

With that, BMW`s lovers and customers can make their choices by selecting either the 228i or the M235i. The configurator does the job for them, reshapes the features of the car selected, moves forward to reconfiguring the car`s body paint, specs of features about the cabin.

Other than that, the configurator shows all the details of the car as well as the prices involved, offering only the choices that it displays.

For instance, if you look for the 228i model, the configurator will tell you about the car having the price of $32,100, but not counting the destination fee charge of $925.

As for the M235i model for instance, with the car starting at the $43,100, you will not be able to buy one for that price, since the configurator will force you to pay an extra $1,450 for the Dakota leather interior.

Other than that, the online configurator is fun to be used, since it helps you do your homework before you decide which car to buy from a BMW dealer. 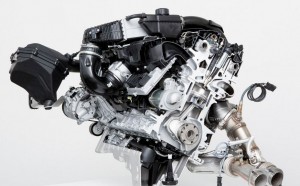 Next post BMW i3 to come in Limited Electronaut Edition, Future i5 on Discussion