The Germans at BMW seem to have a quite good fall in terms of sales. To be more specific, BMW Group managed to sell a total of 158,029 vehicles which makes the last month the best September ever for the company.

Compared to the same month of 2012, BMW’s sales saw an increase of 7,6% with the new BMW 3 Series recording the biggest improvement of nearly 14%.

Other brands of the group such as MINI reported improvements of 2,5% last month for a total of 31,313 vehicles. Lastly, the Bavarians report a total of 1,209,598 cars sold from the beginning of the year.

Best-selling models were the BMW X1, X3 and also the new-generation 5 Series. Even the BMW Motorrad recorded a slight increase in sales together with Rolls Royce which sold only 2,300 vehicles this year, an improvement of 0,5%.

“Despite initial signs of stabilisation in the European automobile market, conditions in many countries remain challenging,” says BMW. 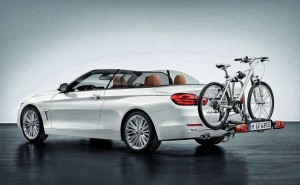