Having recently starred in a spectacular lap around the Nurburgring, the F30 BMW 3 Series GT was sent back to the Green Hell in order to impress us again.

This time the spy photographers had more kit available to them so they even managed to record some video of the BMW 3 Series GT ravaging around the track.

It seems that the BMW test drivers aren’t managing the test-bed version of the 3 Series’ more practical relative but the chassis seems to be more planted this time.

The technical side of this new version of the 3 Series should be pretty good, there are a few concerns about its future.

There’s a well sorted chassis to talk about, the powerplant lineup is brilliant, the interior is well made and jammed full of accessories.

The exterior starts off pretty good since the new F30 is a good looking car to begin with but then BMW start looking for extra practicality by overdoing the rear end.

Having added such an “enhanced” rear end will undeniably annoy and drive away plenty of customers from buying an F30 variant.

Meanwhile, BMW CEO Norbert Reithofer claims that the lesson of the past from the F10 5 Series GT will not happen again here.

Should we bite in on his enthusiasm? I for one am yet to be convinced by the hatchback-like version of the beautiful sedan shape.

Maybe I’m too old but last time I checked, four people could go on a decent trip with plenty of luggage in the back.

Losing rear visibility for a couple of extra sweaters doesn’t seem convincing enough for me. 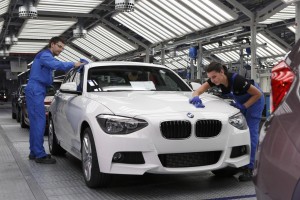