BMW, a German company that claims to make fun to drive automobiles yet makes some of the most clinical and businessman-like cars out there.

On some levels, that is, sadly true. But then, there’s a whole lot of good stuff in the BMW brand to even that out. Even in the 5 Series bread maker.

The styling maybe one of the most restrained ever to be created for a BMW 5 Series but what’s inside still leaves room for fun.

The commercial below has a funny side, even though it starts of a little boring.

Speaking of which, about this time we should add the NSFW (not safe for work) tag since there’s a moment included that features some nude beach action.

Quite the surprising idea pops up by the end. It’s just like good advertising, and comedy for that matter, should be. The twist at the end is something you wouldn’t believe.

In this case, BMW toots the horn of the F10 5 Series equipment. Instead of showing off BMW Apps or some weird little button, they went with quite the piece.

BMW’s Lane Departure Warning system is quite the toy to have in the car, particularly if you’re a woman (since we’re already on the NSFW plate, why not?) but it’s not original.

As much as we like the Bavarians, we might as well admit that the idea popped up in the minds of the French over at Citroen.

Even so, BMW’s advertising on the matter is far more interesting, we don’t see too many heads with no bodies attached these days. 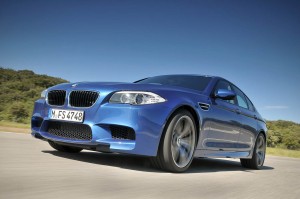