The Detroit Motor Show was expected to be a bit of a snoozefest yet it’s turning out to be anything but. Apart from recently telling us about the F10 BMW M5 getting a manual, the Bavarians have more to share.

This time however, the focus falls on the more considerate member of the family, the fuel efficiency obsessed F10 BMW 5 Series ActiveHybrid model.

Unlike all the places we’ve seen it or heard about it before, we finally get to see a proper price tag for it, one that’s tailored for the American market.

For all its goodness, efficiency and even performance, the F10 BMW 5 Series ActiveHybrid isn’t exactly what you’d call cheap. It will feature a MSRP of $61.845 (Destination and Handling charges included) and deliveries should start later in the spring.

Given the new sticker, this means each of the cars made into a hybrid will cost 8720 dollars on top of the standard F10 BMW 535i on which it’s based.

This means it will be a little dicey and that some customers will be put off. After all, the Japanese make hybrids that sit around this size and spec which cost considerably less.

As a reminder, the F10 BMW 5 Series ActiveHybrid is animated by a 3.0 liter TwinPower Turbo inline six-cylinder engine teamed with an electric drive system via an eight speed automatic gearbox.

The combination at hand grants owners a total output of 335 horsepower or the ability to travel up to 2.5 miles on batteries alone. No official fuel economy figures are available yet. 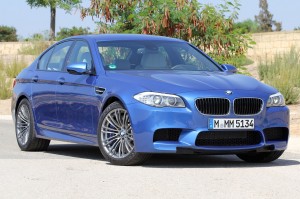 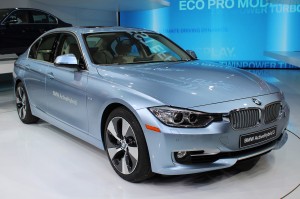 Next post F30 BMW 3 Series ActiveHybrid shows off in Detroit