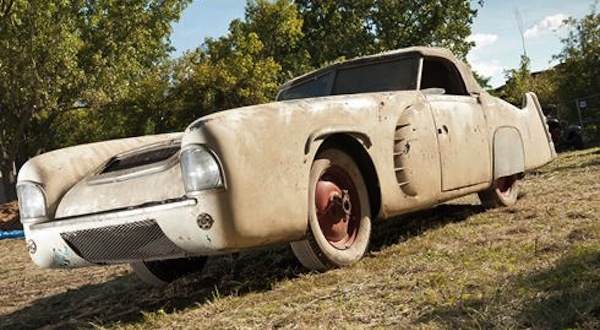 It’s what tends to happen at these things, but as this unique looking 1948 BMW Veritas is about to demonstrate, it doesn’t really have to be this way.

Soon to hit the auction block in not the best of condition, the 1948 BMW Veritas Convertible is not expected to grab any glamorous amount of money with virtually no hope of it breaking the five figure barrier.

Why is this? Well, while us fans don’t get it, it’s actually pretty simple. There’s no genuine interest in this sort of vehicle, no awareness of its existence and the shoddy condition certainly doesn’t help.

I’m sure most of you will not have heard about the 1949 BMW Veritas convertible we see here and there’s no real shame in it, what is shameful is that now that it’s made it into the public eye, it still isn’t getting any popularity.

Going through the car’s history, we find that under the redesigned body it shares the engine and plenty of the underpinnings with the infamous 328 model of the late 30’s.

It may sound like a drawback to have an engine that small but it is actually a workaround the presiding post World War II regulations that would prevent any German manufacturer from building any new engines that were larger than one liter.

Ernst Loof, Georg Meier and Lorenz Dietrich are the creators of the machine and the latter is actually the intrinsic connection the Veritas has with the Bavarian car maker.

Though Veritas was responsible for some of the first German Formula 1 cars and had become quite the established brand in that period, BMW weren’t very keen on this car wearing their badge.

Quite a downfall in terms of auctioning price, the prodigal child that never returned, but there’s something about this 1949 BMW Veritas that counters it.

Thanks to a custom rebuilt body, it went on to star in a 60s detective TV series called Boston Blacky. Sadly though, pending its retirement off the screen, the custom 1949 BMW Veritas fell into disrepair, only to be rediscovered in 2004.

From that day on, nothing in particular was done to restore or maintain it but it has slowly crept to the public eye and it is finally going to go under the hammer of the prestigious RM Auction House.

From the standpoint of aesthetics and power to weight ratio, the varitas was arguably the ugliest and the least desireable vehicle ever made in the history of twentieth century motoring, having been compared the trabant and the 1940’s vw beetles,and more recently the yugo. Furthermore, it will remain an enigmatic embarrasment to BMW for having ever been associated with their brandmark.

Anyone saying that the car is ugly isn’t looking at it from the creators viewpoint in 1949…if u look at the rear it kinda looks like the modern batmobile from the back…i’ll bet once it’s all restored..people will look at it and admire the creativity and time it took to put this vehicle together 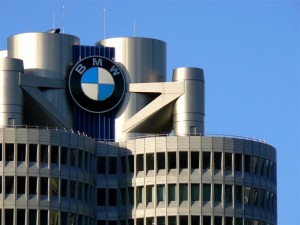 Next post BMW Group gets record sales for October