The British people from Fifth Gear decided to test two German racing models in order to see which one is the best. We know that there is a big rivalry between BMW, Audi and Mercedes but we can’t ignore another important German manufacturer, namely Porsche, a company which delivers extremely competitive models, worth to include them in between the models of the three big manufacturers mentioned above. If there is any need, we remind you that Tiff Needell and Vicki Butler Henderson were the people behind the steering wheels.

As we can observe, the British hosts decided to review two models specially dedicated to the circuit, the BMW M3 GTS and the Porsche 911 GT3 RS, models which are focused on squeezing every drop of power available and deliver outstanding performance figures on the track.

In terms of performance, both models are able to deliver similar figures, 450 horsepower to be more precise. However, the BMW M3 GTS benefits from a 4.4-liter V8 unit while the Porsche 911 GT3 RS has a new 3.8-liter unit, a bigger engine compared to the one found on the previous model but still not big enough to compare with the BMW’s powerplant.

There were two tests in this comparison, one of them won by the BMW M3 GTS, the drift competition to be more precise, while the lap time race has been clearly won by the Porsche 911 GT3 RS driven by Tiff Needell. The gap between the two German models was a second but of course we can’t tell you exactly which is the fastest considering the model were driven by different people. With this been said, here is the interesting battle proposed by Fifth Gear. You are welcome share your opinion and tell us which of these two beautiful supercars deserve to be the one that approaches the most to perfection. 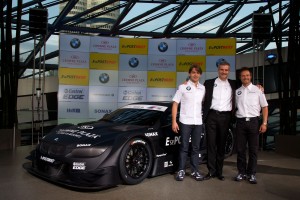 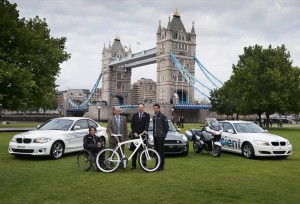